You can trust Mullen & Mullen’s Joseph R. Morrison* with your case, no matter the size or the defendant. Learn how he helps you get max money for your injuries.

His most notable victory was when he served as attorney of record in Jeffrey v. ConAgra Foods, Inc. – a $17.8 billion corporation. The compensation he obtained for his client was recognized as a Top 5 Texas Verdict of 2012 (Premises Liability) – a state where the laws are tilted much more in favor of big companies than in Missouri.

An ambitious individual, Joseph actually founded his own personal injury law firm prior to joining Mullen & Mullen – McKey, Morrison, & Sanchez, P.C. He served as the firm’s Managing Partner and oversaw the filing of hundreds of successful lawsuits. Joseph has been quoted by the highly respected ABA Journal.

Today, Joseph steadfastly serves clients like you at Mullen & Mullen – making sure big corporations, negligent individuals, and insurance carriers are held accountable for their actions.

Like many entrepreneurs, Mr. Morrison didn’t take a straight path to his now successful position as a personal injury attorney in St. Louis. His original degree was in Entrepreneurship from Baylor University in 2001. From there, he decided to become a lawyer and earned his Juris Doctorate from the University of Arkansas at Fayetteville in 2004.

Call Joseph today at 314-465-8733 (314-INJURED) to learn the actions he recommends you take to get the money you deserve for your injuries.

LICENSED FOR THE GENERAL PRACTICE OF LAW IN MISSOURI AND TEXAS. 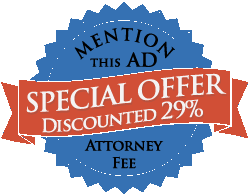